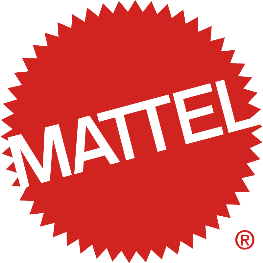 The death of the brick and mortar retail sector has long been predicted by retail forecasters and news outlets. As Amazon and other online behemoths offer cheaper prices and a higher level of convenience - especially with same/next day delivery options such as Prime - consumers are finding it increasingly difficult to justify shopping in their town centers.

In the UK, the phenomenon arguably began when high street mainstay Woolworths shocked the world by suddenly closing its doors back in 2008. Since then, UK high streets have lost 32 major retailers at a cost of 115,000 jobs. In 2018 alone, around 1,000 businesses of varying sizes failed, resulting in the loss of a further 85,000 jobs.

The Guardian reports, "High street retailers have been hit by a combination of the financial crisis, competition from online shops and large supermarkets, belt-tightening by consumers, and a feeling that we as a society have reached 'peak stuff'. And that is before considering rising business rates and rents."

Among those to have closed their doors in 2018 was toy superstore, Toys 'R' Us. Naturally, this has left toy manufacturers such as Mattel without a major client - eight percent of its business came from Toys 'R' Us - and they're having to look to ecommerce to stay in the game.

Toy manufacturers Mattel and Hasbro have responded to the crisis by creating their own ecommerce platforms and selling their products directly to consumers. This is a completely new endeavor for these brands which, until recently, were operating under a 100 percent B2B business model - but they believe they have the product lines and infrastructure to make it a success.

Mattel has designed an online service aimed at collectors with a range of merchandise, including a Barbie Signature Line and hard-to-find Hot Wheels toys. With Barbie still being the world's most successful and popular fashion doll - more than 100 dolls are sold every minute, with a total of 58 million sold annually - and Hot Wheels also being incredibly popular among collectors of all ages, these two product lines alone should provide a great source of revenue under the new business model.

Consumers and collectors can purchase annual memberships for between $19.95 and $34.95, granting them access to limited-edition products such as the Andy Warhol Barbie for $52.50 or a Selma DuPar James doll for $41.99. The membership also comes with special members-only sales, virtual collection lists, and access to content such as the Barbie blog and other forums where collectors can meet and chat with likeminded individuals and groups.

"We're optimistic about the retail landscape, despite the fact there's been turmoil and we've been subject to a lot of it with Toys 'R' Us," said President and COO of Mattel, Richard Dickson. "Essentially, as long as we create the demand and interest in our product, consumers can shop from anywhere. Ecommerce is a growing outlet for us, but it's a way of life for customers."

Other big toy brands such as Hasbro have also been adapting in a similar way to Mattel. Hasbro has access to some huge licensed lines including Marvel, Transformers, Star Wars, Power Rangers, and more. Its new ecommerce platform, Hasbro Pulse, is focused around enabling collectors and fans to get their hands on these toys before they appear in physical stores.

Hasbro also has a section of its Pulse website dedicated to crowdsourcing special toys. These figures are unlikely to have mass demand - either due to their cost or niche appeal - so Hasbro wanted to create a way to bring these toys to market with minimal risk to itself. Currently holding the dominant position on the store's homepage is an enormous figure of the Transformers character Unicron. With a price tag of $574.99, the campaign (at time of writing) has 38 days left to go and has received 1,822 out of the 8,000 backers it needs to be successfully funded.

"We are rethinking the way we go to market," said Hasbro's Vice President of Ecommerce Scott Stroud. "We have the ability to provide the quality, access and make sure that this is the premier way to buy."

The last successfully completed crowdsourcing campaign was for a toy version of Jabba's Sail Barge from Star Wars: Return of the Jedi, which shipped having achieved 176 percent of its goal.

The closure of massive names such as Toys 'R' Us is a big deal for those who rely on them for employment and shopping. However, it also represents a significant challenge for those manufacturers and suppliers who count on revenue through retailers stocking their goods.

Thankfully, large manufacturers such as Mattel have the resources to roll with the punches and adopt a direct-to-consumer model to compensate for the loss.

You can hear Mattel's Manager of Ecommerce for Walmart.com, Meredith Wollman, speak at eTail West 2020, taking place in February at the JW Marriott, Palm Springs, CA.