When Amazon started selling books to an online market in 1998, nobody could have predicted the company's meteoric rise. Today Amazon is one of the largest retailers in the world, and with a catalogue of around 250 million products on offer to its 300 million customers.

Amazon has had a reputation for innovation from the start. The Kindle revolutionized the way in which people consumed the written word - to the contention of some bibliophiles - by allowing hundreds of books to be stored on a lightweight and portable device. The Kindle's paper and eInk display set it head and shoulders above other electronic reader devices.

Amazon Prime offers members unlimited free next-day delivery, as well as access to its Netflix-challenging video streaming service, and a load of other benefits.

Not everything has been a success for Amazon. Its foray into smartphones crashed and burned spectacularly - but Amazon has never been a company that dwells on failure for very long. Amazon would rather try something and have it fail, than never try it at all due to fear of failure. "I think neighborhoods, cities, and towns that have evolved are more interesting and delightful than ones that have been carefully top-down planned," says Amazon chief executive, Jeff Bezos. "There's just something very human about them."

Despite offering next day - or in some cases, same day - delivery to its customers, Amazon thinks this just isn't quick enough. And so, in 2013, Amazon unveiled its intention to offer delivery in less than 30-minutes using unmanned aircraft systems (UASs), better known as "drones".

The announcement was met with understandable skepticism by many. Commentators wondered how Amazon was going to cut through the red tape they would inevitably encounter when seeking license to populate airspaces with potentially hundreds of privately owned aerial vehicles. On top of this, drones have a PR issue in that they are generally seen as untrustworthy by the public.

"A lot of citizens believe that you can weaponize UAS," said Mario Mairena, Government Relations Manager for the Association for Unmanned Vehicle Systems International (AUVSI), at the time. "Nothing could be further from the truth - you cannot weaponize UAS in domestic airspace." 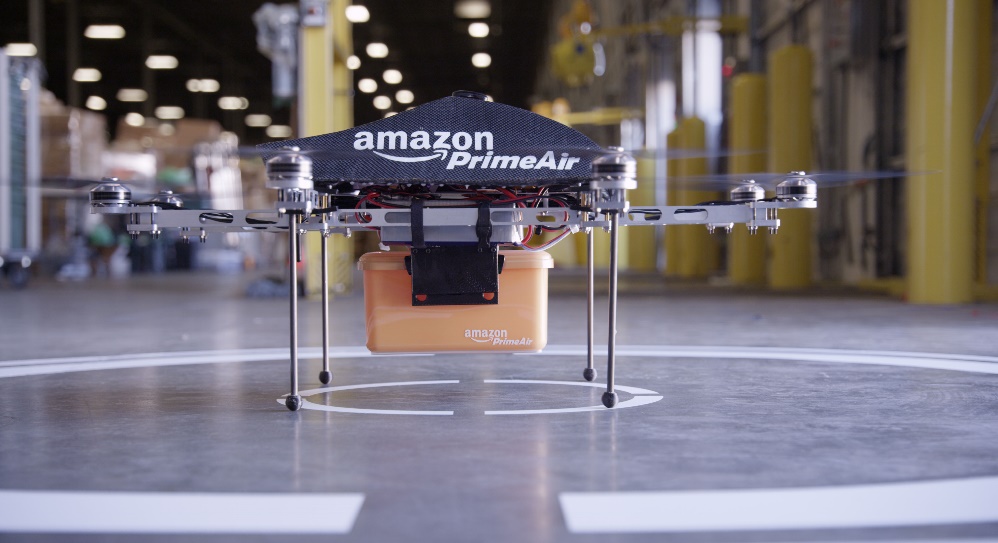 "Privacy is also a concern," he said, "with some worried that these flying robots will lead to the type of 'constant surveillance' allowed by military drones. This too is a misconception because non-military UAS are battery operated, and their flight times may range between 15 and 90 minutes, making it difficult for them to spy on anyone for extended periods."

Fast forward to 2017, and Amazon Prime Air is almost ready to go live, having already completed its first test delivery in Cambridge, UK, delivering an Amazon Fire Stick and a bag of popcorn to a customer within 13 minutes of the order being placed.

The system is still awaiting government approval before it can be rolled out properly, but the initial test shows it can work - with a few caveats. Presently, the delivery radius is limited to just a few miles of the distribution center, and packages can weigh no more than five pounds. It's also necessary for the recipient of the delivery to have a sizable outdoor area to their property in which the UAS can land.

A human pilot - even working remotely - may be able to increase the landing accuracy of the UAS, and therefore enable delivery to smaller properties. However, the automated UAS presently being used necessitates a wider area to compensate for slight navigational discrepancies. 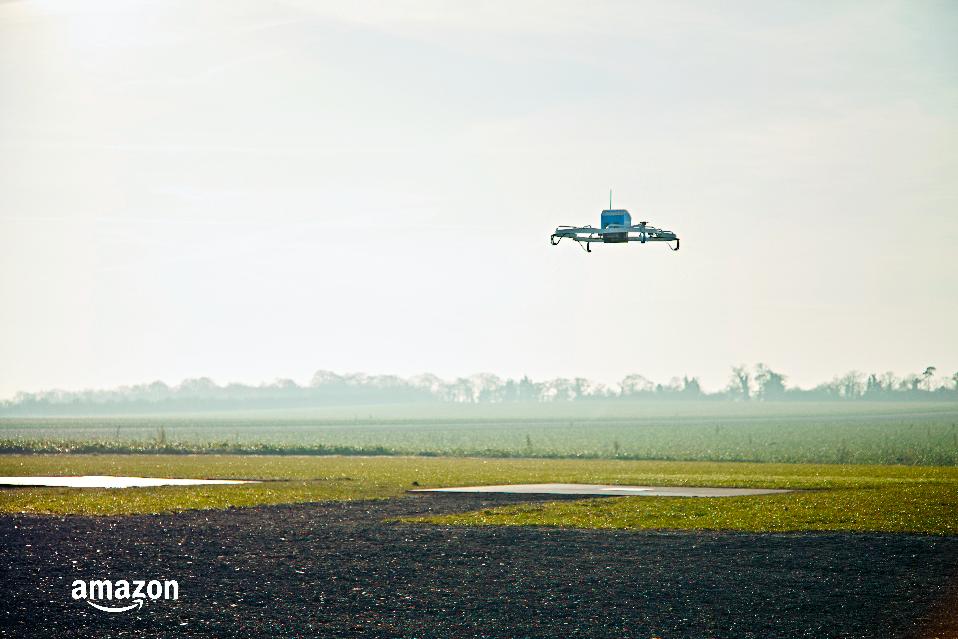 Atmospheric conditions are also limiting the scope of the service. Deliveries are presently only permitted during daylight hours with low winds and good visibility. Rain, snow, high winds, and icy conditions all render the service unavailable. While this may not be too much of an issue in climes such as those found in California, it's likely to pose problems for Amazon customers in regions with less reliable weather conditions, such as Canada, England and Scotland.

However, Amazon has stated the restrictions are temporary, and as data is gathered and safety can be assured, it will expand the conditions under which Prime Air can operate.

To the Moon and Back

Despite the initial skepticism felt by many when Prime Air was first announced, it's clear Amazon was being deadly serious. One of the main issues with ordering a product online - compared with walking down the high street and picking it up personally - is in having to wait for it arrive. Amazon Prime Air aims to drive delivery times down to the lowest they've ever been, getting products into customers' hands in less time than it would take to put on their shoes on and find the car keys.

"We like to pioneer, we like to explore. We like to go down dark alleys and find out what's on the other side. It will work, and it will happen, and it's going to be a lot of fun."Innovative delivery methods is set to be a hot topic at Etail West 2018, taking place at Palm Springs, California, this coming February.