Walmart is the world’s largest company by revenue – netting around $485 billion, according to the Fortune Global 500 List. However, its position at the top means constantly looking for new and innovative ways to keep its huge network of stores in pole position.

Amazon has recently been making roads to disrupt physical retailers with its own foray into the brick-and-mortar space. Amazon Go is looking to revolutionize the concept of the self-serve convenience store – making it only natural for retail giants to want to hit back, by taking a swing at the ecommerce market. 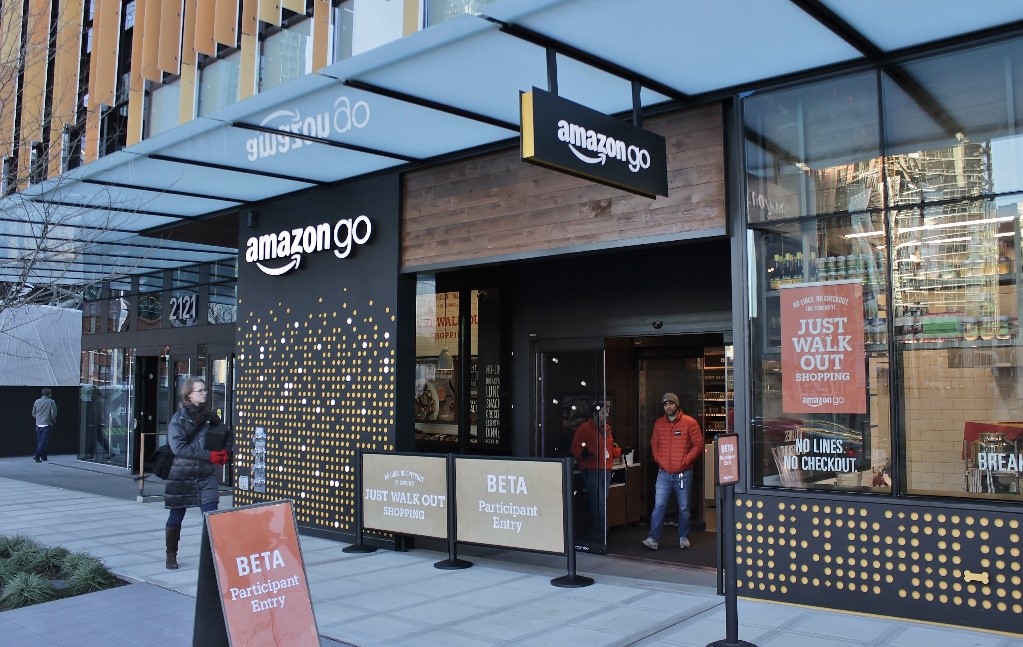 Walmart has been offering ecommerce solutions to its customers for some time now, but it’s only relatively recently they have been taking things seriously and looking at avenues to really innovate the ways in which their products are accessed online. Recent highly publicized acquisitions of Jet.com, Hayneedle.com, Shoes.com, Moosejaw, and Modcloth.com, have also demonstrated Walmart’s commitment to becoming a key ecommerce player.

However, Walmart has realized it holds a key advantage over Amazon which it can leverage to offer services the online kingpin simply cannot – its nationwide network of physical store locations. Amazon may have its sights set on brick-and-mortar stores, but Walmart is already there, at the top of the game.

Walmart is therefore looking for opportunities to bring the in-store and online arms of its business together, to offer customers unique ways to access its products and services.

“Meeting customers’ needs is critical as they adopt more digitally-driven lifestyles, expectations increase, and, increasingly, shopping options do not require a trip inside a store,” explained Jeff Muench, Sr. Director of Business Development at Walmart. “By rethinking stores and testing new ideas with customers in real-life stores, we are improving customers’ experiences and making it easier than ever for them to get what they need as quickly and easily as possible.”

Being tested in select stores, the endless aisle system is one of the ways in which Walmart is seamlessly integrating its in-store and online shopping experiences.

A kiosk placed at the end of a physical aisle allows customers to access the entire online Walmart inventory. If a customer has come to a location looking for a specific product, only to find the store doesn’t carry it, they need simply access the terminal and place an order. 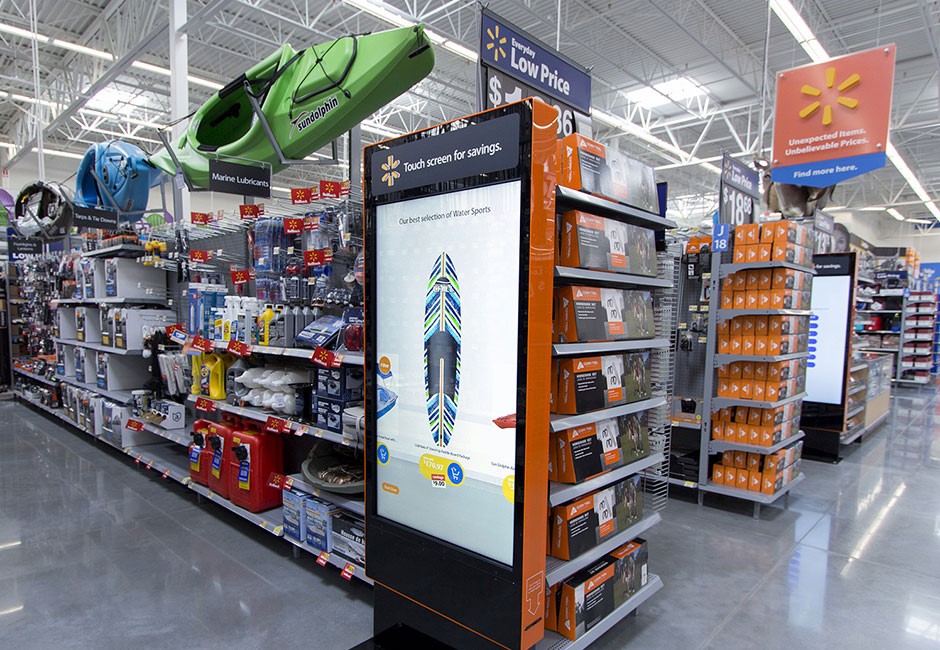 They can then arrange to either collect the item from the store, or have it delivered to their home. Any disappointment a customer may feel by having not been able to buy the product they were after is likely to be tempered by them being able to order it. The endless aisle concept also reduces the chance of a customer visiting a competitor’s store after an unsuccessful trip – meaning fewer lost business opportunities for Walmart.

One of Amazon’s most notable products is its Prime membership service. With Prime, Amazon customers pay $99 per year to gain access to streaming services such as Amazon Video and Amazon Music, as well as unlimited next day delivery on items – at no extra cost. With Prime Air, drones are set to take to the skies to offer delivery in thirty minutes or less – also at no extra cost to subscribers – making Amazon’s competitors are understandably nervous.

Walmart already attempted to compete with Amazon Prime with its ShippingPass service. ShippingPass offered unlimited delivery for $49, but a lack of engagement by Walmart customers resulted in the service being pulled, and subscribers refunded. Walmart replaced ShippingPass with an offer of free shipping for orders exceeding $35 to all customers, but hasn't given up on trying to come up with an alternative to Amazon Prime.

“Two-day free shipping is the first of many moves we will be making to enhance the customer experience and accelerate growth,” Marc Lore, president and CEO of Walmart ecommerce said. “ShippingPass was a great way to test what we ultimately wanted to offer customers.”

Again, Walmart realized its greatest asset was in its brick-and-mortar stores. While their attempt to compete with Amazon Prime directly had failed, an almost inverse strategy may have more success.

Many companies which have an online and physical presence already give customers the option to avoid shipping costs by having their order delivered to a local store instead of their homes. The customer gets an email, SMS, or phone call, informing them when their order has arrived and is available to collect. With the final leg of a package’s journey being the most expensive, this option allows both the retailer and the customer to save money, at the cost of a modicum of convenience. 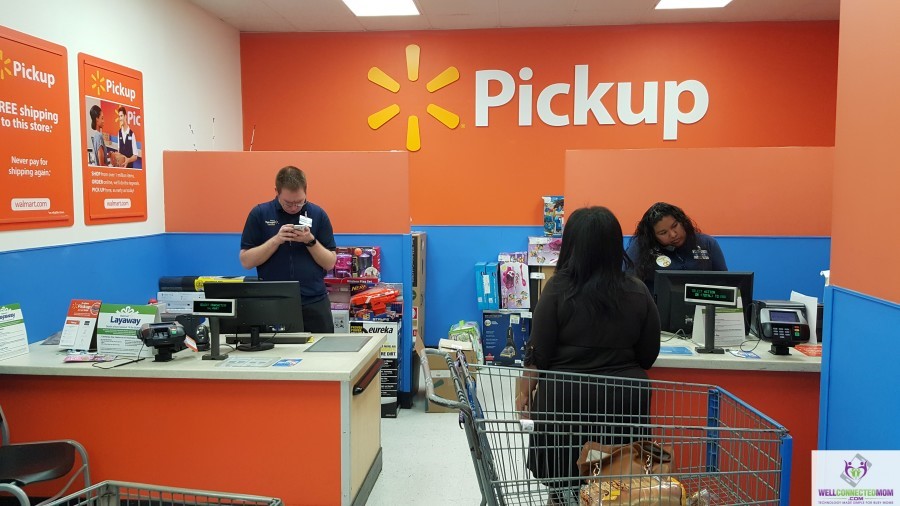 Walmart decided to take this incentive one step further, however. From April 2017, Walmart began offering its online customers discounts on thousands of products if they selected the option to collect their items in-store. The amount of discount varied between products, with low-cost but heavy goods seeing the most significant reductions.

By effectively paying customers to collect their packages in-store, Walmart once again demonstrates it understands the value of omnichannel marketing strategies. Instead of viewing ecommerce and in-store retail as two competing revenue streams, Walmart views them as complementary. In doing this, Walmart not only offers a tangible alternative to Amazon – with real differences in the benefits on offer to customers – but also draws more people into its stores, increasing the opportunities for additional business.

“The acquisitions have received a lot of attention, but our plan in e-commerce is not to buy our way to success. The majority of our growth is and will be organic. The acquisitions are helping us speed some things up. So overall, we’re making progress in providing the seamless shopping experience our customer’s desire and we will keep moving along this journey.”