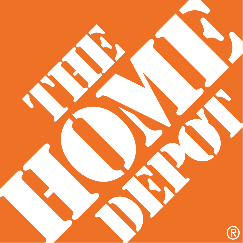 Brick and mortar retailers have been facing something of an uphill battle recently. Of that, there is little secret. They've been rapidly losing ground to online behemoths such as Amazon and eBay, as consumers opt for convenience and cheaper prices over traditional shopping experiences.

It's a situation that's leading many brands to take their stores online and grab a slice of the ecommerce pie for themselves. However, not all businesses are suited to a 100% online model, and must instead find new ways of using digital technology and ecommerce techniques to bring customers through the doors of their brick and mortar locations.

This particularly affects home improvement stores, where people like to see and take measurements of the items on sale before making a purchase. The Home Depot has come up with some great ideas which have helped earn it the title of fifth largest US retailer by ecommerce sales.

The Home Depot had noticed that an increasing number of its sales (around 60%) were influenced by a digital inquiry. It was also noted that nearly half of the orders placed online were picked up in-store. This led the retailer to look to Amazon for some inspiration on how to make this experience more streamlined for its customers. 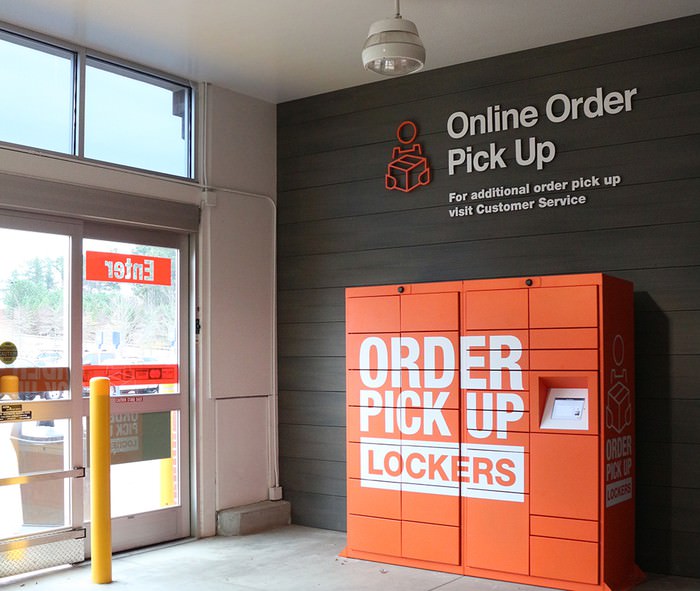 Amazon lockers have been installed in retail locations for some time now, and provide a secure location where customers who are unable or unwilling to have their goods delivered to their homes can collect their items. Some of these projects have been successful -Amazon lockers in grocery stores, for example, are a hit with customers looking to kill two birds with one stone. Though some have been less so, such as the lockers at RadioShack stores, which, back in 2013, actually reduced the number of people shopping in-store, effectively allowing Amazon to steal Radio Shack's customers from right under its nose.

However, The Home Depot has seen enough potential in its own lockers to install them in its stores. Clearly, the lockers won't be suitable for a lot of the big-ticket items which The Home Depot sells, but they're ideal for smaller products such as fittings and tools, and save time for both consumers and store associates who could be helping customers with larger requests.

The Home Depot's recent acquisition of The Company Store will give the lockers more use than before. Home goods such as soft furnishings and bedding are new territory for the DIY retailer but will be a great fit for the click-and-collect lockers.

"In-store pickup is an underrated driver of online conversion for a lot of the larger retailers, but it's especially critical for The Home Depot where a lot of their customers are purchasing bigger, higher-ticket items, or are contractors out on a job looking for a specific supply needed right away," said eMarketer retail and e-commerce analyst, Andrew Lipsman.

Not stopping with the click-and-collect lockers, The Home Depot is adding more digital technology into the in-store shopping experience as well. Over the last year, the retailer has incorporated augmented reality (AR) and wayfinding technology into its mobile app, which allows customers to use their smartphones to navigate the vast corridors and racking of Home Depot stores.

Later this year, the retailer is also planning to introduce electronic shelf labels to its stores. The electronic labels will use tablet computer-style screens to display comprehensive information about products. Customers may be able to view alternative sizes and colors and find out additional information such as where the raw materials are sourced. This will cut down on the number of customers who need assistance from an associate, freeing up store resources.

"We've not done this in the past and we're starting with our appliance department," said Senior Vice President of Store Operations at The Home Depot, Marc Brown. "We'll do over half the stores this year with iPad-sized electronic price signs and information on the appliance in that department. There's a lot going on inside the stores, but we've piloted this for over a year before we even started to roll. Perhaps that's one reason why we're rolling faster than we thought we might."

You can hear The Home Depot's VP of Online, Marketing and Merchandising Technology, Igor Cherny, speak at eTail West 2019, in February, at the JW Marriott, Palm Springs, CA.