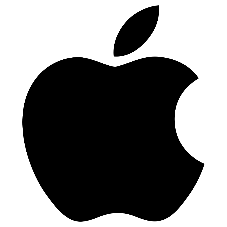 Augmented reality (AR) has been big news ever since a certain range of collectible Japanese monsters (Pokemon) stole the headlines a few years ago with their incredibly popular mobile game. Since then, many companies have been looking for ways to incorporate AR into their customer experience and/or marketing, with varying degrees of success.

Clothing retailers, for instance, have used the technology to allow people to virtually try on outfits using AR mirrors. Furniture retailers have mobile apps which let customers view products in their own homes ahead of making a purchase decision. And there are many more examples besides.

Perhaps unsurprisingly, Apple has also thrown its hat into the augmented reality arena. However, aside from developing specific applications, it has also come out with its own developer's platform to allow third-party innovators to create exciting new applications for AR tech - ARKit.

Now in its second generation, ARKit is a powerful tool for developers to play with and attempt to create the next big augmented reality application - something which many people believe is yet to come.

"You can build unparalleled augmented reality experiences for hundreds of millions of users on iOS - the biggest AR platform in the world," says Apple. "With ARKit 2 on iOS12, your AR apps can now be experienced by multiple users simultaneously and resumed at a later time in the same state. You can also incorporate real-world objects into your AR experiences, giving your users even greater immersive opportunities."

Maximize Your Visibility on Google with Our SEM/SEO Guide,
"Embracing the Journey to Discovery: The New Rules of Retail Search & Acquisition"

ARKit handles much of the heavy lifting that is normally done by app developers. This means that instead of spending time with the basics - such as writing lines and lines of computer code to allow images and objects to be scanned and placed in an AR environment - developers can focus on the creative side and come up with great ideas to give their customers the best experiences possible.

In use, far off objects outside of a mobile device's immediate vicinity can be augmented with orientation tracking. The device's own sensors are used by ARKit to track rotation in three degrees of spherical freedom - like turning your head.

World tracking allows the camera to detect changes in physical location, meaning that, if you move a few steps in any direction, the device will register it, and scale the digital AR objects accordingly.

ARKit also uses a process called visual inertial odometry. This works in a similar way to how your own eyes assess the depth of an environment - by using objects in the field of the camera's vision to build models of perception.

The latest version includes a host of new and improved features such as object detection, face tracking, and environment texturing, which will help developers create even more immersive augmented reality experiences.

Sales enablers Showpad have been working with Apple's ARKit 2 technology, and have applied it to offer unique experiences for clients. 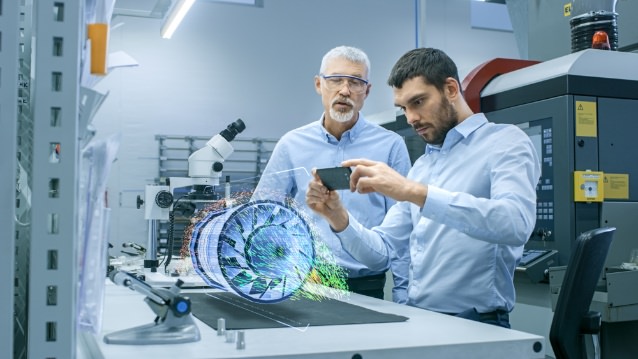 Suppliers can now demo products to customers using 3D modeling and AR technology. The new tool allows sellers to display large and complex machinery and equipment, so they can showcase their products in an AR environment to aid buyers in their purchasing decision.

Accurate representations of dimensions and features are all possible using Apple's latest technology, making sure consumers in fields such as engineering, where every inch counts, can be confident they're making the right choices.

"We wanted to help our customers with large, complex physical products, not only tell prospects about the solutions through great digital content but be able to show them through a truly immersive buying experience," said Showpad Chief Product Officer and Co-founder, Louis Jonckheere. "Buyers want greater context and more information in their purchase experience, and AR enables them to see exactly what they're getting. Now, they can have deeper, more interesting conversations about even the most complex products by seeing them in the context of their environment."

The new technology in ARKit 2 even allows for complex moving parts like robotic arms, or medical equipment such as centrifuges, to be rendered in enough complexity to allow customers to interact with them as they would if the product was physically present.

It's great to see so many companies working to create innovative experiences for their customers, and with massive brands such as Apple creating the technology at the ground level, there is no reason we won't continue to see AR used in ever more creative and practical ways in the ecommerce space.

Augmented reality technology is set to be a hot topic at eTail West 2019, taking place this coming February at the JW Marriott, Palm Springs, CA.