The speaker Steven Lightman was part of the previous event. To review the most recent speakers list, click here.
View All Speakers 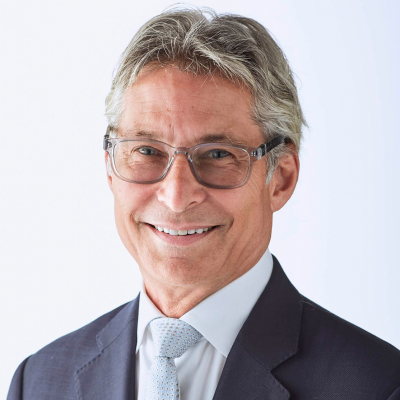 Steve Lightman was named President, Harry & David in March 2015, bringing to the company more than 30 years of extensive leadership experience within the multi-channel marketing industry. In this role, he is responsible for driving growth and overseeing all business operations for the Harry & David, Wolferman's, Moose Munch and Stock Yards brands.

Prior to joining the company, Steve led diligence and restructuring efforts for a number of private equity firms. He also served as Chief Executive Officer, Boston Apparel Group (BAG) and President, Orchard Brands, Inc., as well as President and Chief Executive Officer, The Sharper Image. During his tenure at The Sharper Image, he led efforts to transform the business, including building a multi-channel marketing platform, recruiting a new executive team and creating a licensing division.

Steve was one of three founders of Crosstown Traders, which consisted of 11 women’s apparel, specialty food and gift catalog titles. Together with JP Morgan Private Equity (now CCMP), he sold Crosstown Traders to Charming Shoppes, Inc. in 2005.

Earlier in his career, Steve joined Arizona Mail Order (AMO) with responsibility for developing its business through growth and acquisition. In 1998, after Fingerhut acquired AMO, he became President of the subsidiary and was later named Executive Vice President, Catalogs, Fingerhut Companies, Inc.

Steve is a member of the Board of Directors of Gruppo Levey, Co., KEH, Infogroup, and Distinctive Apparel, Inc., among others. He is also very active in community business and civic activities.

Steve received a Bachelor of Science and a Bachelor of Arts degree in accounting and business administration from the University of Hartford in Connecticut.

Check out the incredible speaker line-up to see who will be joining Steven.