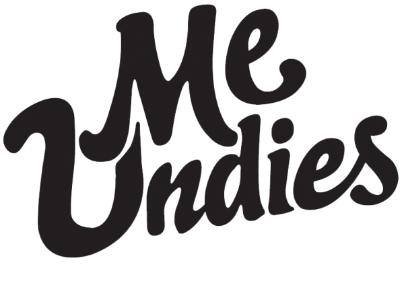 The ecommerce space is a crowded market for sure, with so many brands out there vying for the attention of online consumers - and that's before you take digital behemoths such as Amazon into account.

The challenge of standing out online becomes even more difficult when your business sets itself up to sell just a single type of product - such as men's underwear. This means that brands operating in these kinds of spaces need to come up with unique ways of marketing themselves to draw consumers away from bigger companies.

Naturally, many companies turn to social media to connect with their audiences. However, Facebook's algorithms can often make it difficult for posts to get in front of the people they need to.

This is the situation men's underwear startup MeUndies found itself in, and so the brand turned to a risque strategy that boldly befitted its product line.

The idea for MeUndies was conceived after founder Jonathan Shokrian had a frustrating experience trying to buy underwear for a trip away. "I found myself at the department store having a really uncomfortable interaction with this saleswoman," said Shokrian. "When I finally made my way to the underwear section, I was really overwhelmed with all the choices. I thought I was buying the underwear I normally buy but got home to find out they're workout underwear. I just felt like the whole process of going to the store was a little broken."

Fast forward a few years and MeUndies has now sold over ten million pairs of underwear and has been profitable in each of its past three years. It has raised more than $10.4 million from outside investors, and the Los Angeles-based company projects it will end 2019 with at least $75 million in revenue.

It's achieved this partly through word-of-mouth marketing and partly with advertising on prominent podcasts such as Stuff You Should Know and The Joe Rogan Experience. However, it was by leveraging the power of social media and by taking advantage of Facebook's often over-zealous algorithms that MeUndies really found its success.

"MeUndies was built on innovation, and that approach is mirrored in our advertising strategy," said Shokrian. "We were one of the first brands to leverage podcast advertising, and we are always searching for the next big channel. One challenge to overcome will be trying to solve for the ever-increasing cost of acquisition, particularly as we work to grow and scale a company of this size."

The MeUndies Facebook page has hundreds of thousands of followers and the brand counts famous faces such as Kylie Jenner and the Hadid Sisters among its influencers. Staying congruent to its product line, MeUndies took this moment to start experimenting with more provocative advertising strategies. True, the company found itself in a little hot water for doing so - but it also helped the brand make a name for itself.

The incident occurred when Facebook blocked some of MeUndies' ads on the grounds that the scantily-clad models featured broke the social media platform's advertising guidelines. There have been many tales in the past of breastfeeding mothers and other innocent images also falling foul of Facebook's algorithms, so this was nothing new.

Instead of giving up in the face of adversity, MeUndies responded by posting an image of stick figures with their private parts blurred out and the heading "Stick figure photo shoot re-enactment," seeing it as an opportunity to poke fun at the situation while continuing to promote the brand.

By not shying away from controversy and instead actively courting it - with a nudge and a wink, of course - MeUndies has managed to stand out in an intensely crowded marketplace and make a highly profitable name for itself.

"We believe in self-expression, we celebrate individuality, and we've found that our customers share these same values," added Shokrian. "We often see our customers proudly posting pictures in their undies, which empowers us to keep doing what we're doing. Embracing this content on our own channel and featuring members of the community in campaigns is nothing new to MeUndies. In some ways, our bold advertising has resulted in even bolder campaigns, featuring the very same customers that were most attracted to them in the first place."