How Chubbies is Finding eCommerce Success By Investing in a Nation

When the four founders of US-based retro shorts retailers Chubbies graduated from university, they worried for the traditional lazy weekends of their youth. It seemed with the working week getting progressively longer, there was less time for people to relax and do the things they enjoyed, instead being forced to settle for extra helpings of work pressures and stress.

“The weekend has definitely become endangered,” co-founder Tom Montgomery bemoans. “Are there bigger problems on Earth? Absolutely. But it really bothers me that people are constantly frustrated and stressed, and not taking time to relax and care for themselves.”

The connection was made between carefree youthful exuberance and the wearing of shorts – shorts being the casual antithesis to the smart pairs of pants most working people must wear. And so Chubbies was born. After some initial success selling shorts out of backpacks, Chubbies was ready to take the act online, and subsequently opened its ecommerce store with Shopify.

“We wanted to sell our lifestyle to people,” Montgomery says. “When we decided to start this business, we wanted to sell the notion of fun and embody that in every pair of shorts we sold. […] We saw an intense reaction, we sold out quickly and afterward people were offering to trade their shorts for the ones we were wearing.”

First and foremost, Chubbies prides itself on being 100% made in America. While this means Chubbies shorts are a little more expensive than those made overseas for a fraction of the cost, people don’t seem to mind paying more for a quality, domestically manufactured product. Chubbies calls this philosophy “Investing in a Nation” – looking to spearhead a return to old-fashioned quality American workmanship.

The so-called “ChubNation” – the affectionate name Chubbies has given to its customers and subscribers – extends to the way Chubbies conducts itself online. Customers are encouraged to share pictures and stories of themselves embracing the Chubbies “Save the Weekend” philosophy. 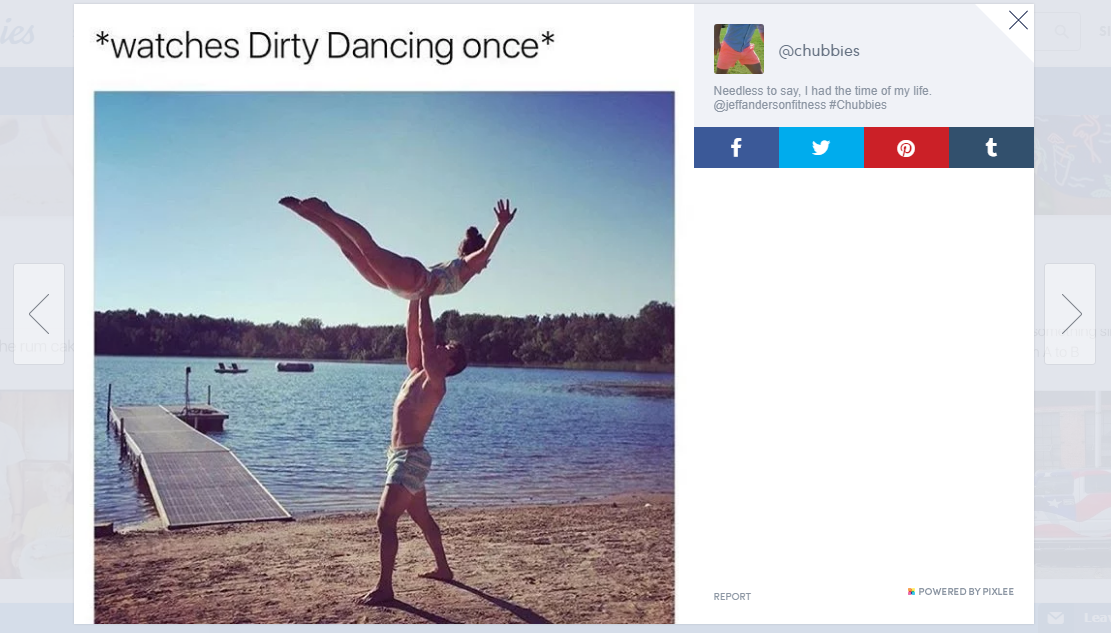 An extensive gallery is given pride of place on the store’s homepage and features pictures of everything from people doing sports, hanging out with friends, tending a BBQ, and many funny stunts – such as burning smart pants while wearing shorts. There are also a bunch of old family photos, presumably of customers’ parents wearing the same style shorts Chubbies sells – hammering home the message of recapturing one’s youth.

“We have a mindset of let’s earn their attention and trust,” Montgomery says. “We create a lot of content, but the rule is we have to give them something they enjoy or we’re simply not going to do it.”

A Fresh Approach to eService

Chubbies philosophy doesn’t simply begin and end with quirky social media campaigns and hashtags, but permeates every single facet of how the business conducts itself online.

If a customer has an issue with their order or wishes to ask a question, there are no email forms to fill out, and no waiting around for a response. There is, however, a live chat option and a phone number. There’s even a guarantee – if nobody’s available to take your call when you ring, Chubbies promises someone will call you back when they become free.

Rather than using the online space as something to hide behind and avoid communicating directly with customers, Chubbies is making every effort it can to speak to them person-to-person. Chubbies also makes returns and exchanges a breeze, allowing customers to arrange it themselves quickly and easily through a dedicated section of the website, without any negotiations being necessary. Chubbies even picks up the bill for the postage – even when the return/exchange is not their liability. 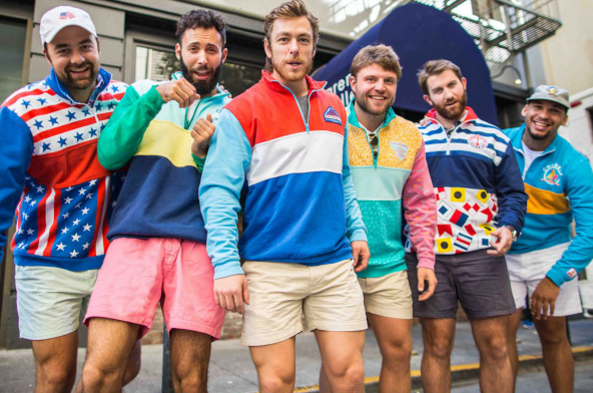 Dedicating itself to never talking at customers, but instead building online relationships with them, is making Chubbies a success story worth paying attention to. Proving ecommerce doesn’t have to be a robotic exchange of cash for goods, Chubbies is giving its customers as close to a human, retail shopping experience as the online space will allow.

Also set to branch out into winter wear with a line of half-zip tops, and a whole load of other items in-keeping with the retro style of its shorts, Chubbies isn’t sitting still for a moment.

“We wanted to bring back what we saw as a critical item for our dads and people of the ’80s and ’90s, but over time, we had this opportunity to morph from just a shorts company into something else.”

Hear Chubbies' co-founder Rainer Castillo share his insights on how to build an online community at eTail West 2018 this coming February.