Coca-Cola's mission to put its beverages "within an arm's reach of desire" requires a new strategy in the digital age. As CEO James Quincey made the point at The Consumer Goods Forum in Singapore this June, "The digital revolution is changing that expression. Now it's going to be about putting a Coke within a click's reach of desire. Digital tools simply give consumers another way to express their choice and another way for us to meet their needs."

Offering greater choice through next-gen digital tools is right at the heart of Coca-Cola's latest upgrades to its Freestyle fountain dispensers - and by adding Bluetooth connectivity to the machines, desire has moved at least one click closer to the brand's Freestyle mobile app customers as well.

The latest iteration of the machine - the Coca-Cola Freestyle 9100 - was unveiled in May, and will begin rolling out nationally in 2019. The next-generation dispenser offers improvements on Coca-Cola's current version of touchscreen-operated Freestyle fountains - first debuted in 2009 - which generate a QR code that smartphone users scan to activate the machine to dispense a drink. With the 9100, this step has been eliminated - instead, Bluetooth connectivity allows users of the Freestyle mobile app to connect to a machine when they enter an outlet and queue up their favorite beverage or create a new mix.

The app's map integration also shows users nearby Freestyle machine locations, any of which can be used to dispense their favorite flavor combinations using the app.

According to Coca-Cola, more than 50,000 Freestyle units currently pour 14 million drinks per day in restaurants, cinemas, convenience stores, amusement parks and other locations across the US and around the world. "When we introduced Freestyle, it was truly a disruptive innovation," said Vice President and General Manager of Coca-Cola Freestyle, Chris Hellmann. "Today, it's a billion-dollar business." 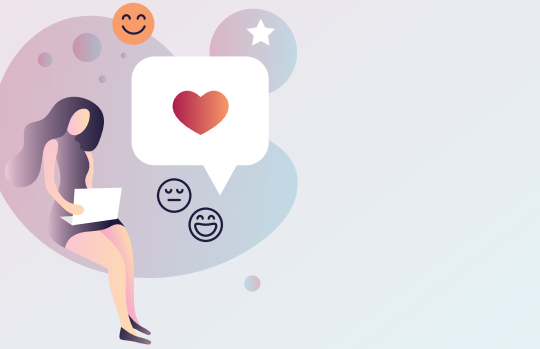 The next-gen Freestyle dispenser comes with some serious overhauls to the current version. The large (24-inch), high-definition touchscreen presents a revamped menu - powered by a brand new operating system - designed to make it easier and faster for users to find and create the beverages they want. More than 200 drink choices - including over 100 low calorie, zero calorie, and caffeine free options - are on offer, including many varieties, such as Sprite Peach, that can't be found anywhere else.

Hellmann explains that the 9100 also comes jam-packed with tech that's ready for the future. "We've future-proofed the platform with not-yet-activated features like audio capability, optical sensors and a new equipment option that will eventually support the addition of drink categories not available on Freestyle today, such as teas, cold coffees and new varieties of juices," he said.

Freestyle dispensers are part of Coca-Cola's larger ecommerce strategy, which involves the brand working with its retail and restaurant customers to find more ways to sell more drinks. For instance, the company has partnered with Amazon Echo and other smart speakers to attach its beverages to voice-activated orders. It's also partnered with goPuff, an on-demand convenience store delivery startup catering to college campuses, to deliver cold beverages to students' doorsteps with a few minutes.

"Now, as a consumer, you have a million different ways you can [order] beverages to your home or wherever you are," said Coca-Cola's Chaly Jo Moyen, Senior Vice President of Strategy, Planning and Decision Science. "In the last five years, this world has turned completely upside down. We're doing a lot in this space. Because beverages are heavy, and people love to have them delivered to their home. We see this as a great growth opportunity."

With the Freestyle mobile app being thrown into the mix, Coca-Cola is now taking advantage of the additional insights into customer behavior that are generated - including how people respond to mobile offers. In particular, the company analyses how people who agree to share their location through the app respond to promotions, coupons, and other offers, and uses the information to create new promotions that drive loyalty.

A Flexible Marketing Asset for Retailers and Restaurants

In addition to the new Freestyle fountain dispensers, Coca-Cola plans to push the new Freestyle operating system to all of its dispensers in the market to have one software system across the entire fleet that delivers increased benefits to the brand's retail partners as well as end consumers.

"We're making it easier for our customers not just to operate their Freestyle machine, but also to use it as a flexible marketing asset," Hellmann said.

Ultimately, Coca-Cola's new Freestyle machines and operating system aim to give consumers the opportunity to connect personally with the brand through a digital experience tied to a physical product. As the brick-and-mortar and online worlds continue to merge, for Hellmann, the new Freestyle dispensers are a manifestation of Coca-Cola's vision to become a trailblazer in the omnichannel soft drinks space.

"Choice and customization are not fads - they're here to stay," said Hellmann. "So we're focused on making sure the Coca-Cola Freestyle platform stays current and contemporary and that we continue to offer more beverages people want."

Omnichannel innovations are set to be a hot topic at eTail West 2019, taking place next February at the JW Marriott, Palm Springs, CA.